Interesting Facts You May Not Know About Marijuana

Interesting Facts You May Not Know About Marijuana

Cannabis, also known as marijuana, is a psychoactive drug that is used for both recreational and medicinal purposes. It is made from the dried flowers of the cannabis plant, and it can be smoked, vaporized, or ingested in food or drink products. Cannabis has been used for centuries for its various medical and therapeutic benefits.

In this blog post, we will explore some lesser-known, interesting facts about marijuana. We will discuss interesting anecdotes and facts about cannabis that you may not have heard before! 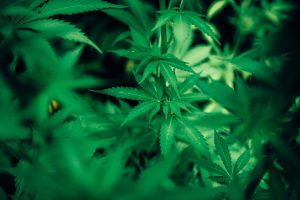 The marijuana plant has more than just one function

The fibers of the marijuana plant can be used to construct rope or fabrics. People have found many uses for hemp rope, from making it into fabric or textiles, to using the fiber as an ingredient in building materials. One of its most unusual applications was on Easter Island where researchers created replicas of giant stone statues with help from experts who specialize in transportation engineering – though they can’t quite figure out how such small ropes were ever going to move the statues, which weigh nearly 5 tons!

Although not many people are very likely to utilize the marijuana plant’s fibers for making rope or fabric, it’s certainly interesting to know that this popular plant is multi-functional.

What’s the actual difference between hemp and pot? Is there a difference?

There is only one genetic switch that determines whether or not a plant will produce THC – which makes psychoactive cannabis plants different from industrial hemp. A group of researchers announced their findings saying they had discovered which part of the marijuana plant is responsible for producing that “high” feeling. This is also where the effects of indica strains versus sativa strains come into play.

Industrial hemp plants are the same species as marijuana, but they don’t produce a substance called tetrahydrocannabinolic acid (THCA). This is what makes them psychoactive – it’s where THC comes from! However, they have been bred without any trace of this gene, and also lack an enzyme required for its production in order to end up with something more potent than just plain old cannabidiol oil.

CBD can be beneficial for animals, but use caution

Some people think that cannabis is safe for animals because it has low levels of THC. However, this isn’t true! Dogs and other furry friends can still become sick or even die from consuming toxic products with high enough concentrations in them. CBD, specifically, can be beneficial for animals because it’s a natural plant-based cannabinoid that has been shown to have an array of benefits for animals, including the pain management, controlling seizures, anxiety reducers, and generally act as anti-inflammatory.

Scientific research continues in this area, so we cannot yet say with certainty how it works on pets specifically. What does seem clear from studies thus far (at least when considering their anatomy), is that CBD seems most effective if given within moments after a traumatic injury or surgery where there are high levels of inflammation. Cannabinoids are associated with reducing sensation receptors involved with causing discomfort.

When it comes to the effects of marijuana on people’s bodies, there are some interesting differences between genders. For example, in research done by Washington State University, psychologist Rebecca Craft found that while females were more sensitive than males when measured against pain-killing qualities, they also had an increased chance at developing tolerance.

This can lead them towards negative side-effects or dependence, simply because they’re using more frequently than before. Referencing the WSU rat study, it was shown that female rats had higher levels of the estrogen hormone, which appeared to contribute to these gender discrepancies.

If you’re just getting started with trying marijuana, you probably have a lot of questions. Our dispensary in Lemon Grove, The Boulevard, has a team of experienced budtenders who will be more than happy to assist you with your cannabis shopping and answer any questions you may have. If you’re interested in trying weed products, stop by our San Diego dispensary (we’re open 7 days a week) or visit our website.